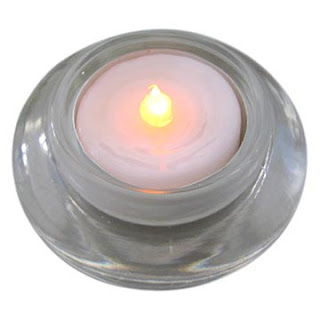 The thing that I had decided since Sam was 2 , was that he was going to learn to talk, he was going to use words and not screams to communicate. From age 2 to 3 years, there wasn't a whole lot of progress until we received our autism diagnosis around 3. After learning everything we could about autism, I then decided that, not only was he going to learn to talk, he was going to have receptive and expressive language, joint attention , as well as reciporcal language, some of the most challenging speech areas for our little autistic ones. I did/do my own form of "ABA" therapy. I have been in his face, making him repeat (without rewards), having real conversations but by telling him what to say, making eye contact if it meant making my eyelashes touch his, all of this "in your face" method since he was 3.

Sometimes I don't know what he remembers, or how much info is too much or too little for him to retain. But this time he conversed with me about something I didn't know he knew. My little sister died 4 years ago at a mere 31 years. Sam was only 17 months at the time. I keep a picture of her with each boy in their rooms. For Zach, I want it to remind him of the times he had with her. For Sam, it has been there so that some day I can share with him who she was. He doesn't remember her of course, but he too has the picture in his room. I can't remember when I have said anything more to him on any occasion other than she is my sister. I know he remembers a lot, and maybe he has heard conversations with Zach and I, but last night was the best.

Last night at dinner, we were lighting our (electric) candles as we do each time we eat for someone we need to pray for. For the last three months, Sam has lit a candle for a boy in his class. He says the boys name every meal.

Last night he said to me "tee tandles" (three candles).

Who are your three candles for Sam? I asked.

"bantie" (the blanket his Aunt Darla made got wet today and he was very upset about it).

Sam, why are you praying for my sister?

He broke my heart with happiness. Maybe he understands so much more than I ever give him credit! I love him!

Below are pictures from the last time he spent with my sister before she passed away.

A Twist of Faith
Philippians 1:21 "For me to live is Christ and to die is gain."
Posted by mysamiam at 7:09 PM

MOTHER OF MANY said...

That truly brought tears to my eyes, I am so looking forward to the day that my daughter gains such understanding.

That is such a great story. My "normal" daughter is 5 and she doesn't quite get the fact that we lost someone when she was 3 weeks old, let alone pray about her.

I would love for Riley to be able to understand things like this in the future.

Mom without a manual said...

Thanks for that story! There is something so beautiful and pure about children--especially our children!

I love the photos, your sister has the most beautiful smile! Sam is soooooo cute!
What an amazing memory the little guy has, what a big heart he has!