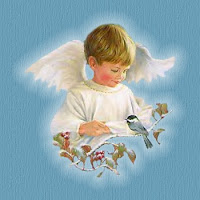 TOWN OF SARATOGA -- Hope turned to sadness Tuesday when the body of 7-year-old Benjy Heil was found less than a quarter mile from his home.

Benjy disappeared from the home early Thursday evening, having apparently wandered away on his own. Each day since then, between 400 and 600 emergency personnel and volunteers searched for the missing boy, who had autism that impaired his ability to communicate.

A search dog discovered Benjy's body in a pond adjacent to Ten Mile Creek at about 11 a.m. Tuesday, said Lt. Dave Laude of the Wood County Sheriff's Department. The pond, which is as deep as 25 feet, had been searched repeatedly since the boy was reported missing.

The Sheriff's Department is investigating Benjy's death, although it is thought to have been accidental, Laude said. Wood County Coroner Garry Kronstedt said an autopsy has been scheduled for Thursday.

"The sympathy of our whole department goes out to Benjy's family," Sheriff Thomas Reichert said. "My thanks goes out to the extraordinary people who assisted."

The Wisconsin State Patrol, National Guard and Saint Joseph's Hospital in Marshfield were among the agencies that sent planes or helicopters to scour the area.

The Heil family reported Benjy missing at 6:38 p.m. Thursday and Wood County Red Cross Emergency Services quickly set up a command center across the road from the family's house at 14007 Highway Z.

"We can't begin to convey our emotion and gratitude at the outpouring of giving that has made it possible to serve the people serving the operation," said Pattie Kelnhofer, emergency services director.

K-9 units from local and state law enforcement agencies and dog search teams from Minnesota, Illinois and Michigan assisted with the search.

A TWIST OF FAITH

I give you this one thought to keep
I am with you still-I do not sleep.
I am a thousand winds that blow,
I am the diamond glints on snow,
I am the sunlight on ripened grain,
I am the gentle Autumn rain.
When you awaken in the morning's hush,
I am the swift, uplifting rush
of quiet birds in circled flight.
I am the soft stars that shine at night.
Do not think of me as gone-
I am with you still-in each new dawn.
(A Native American Prayer)

Whenever I hear a tragic story about an autistic child, I see TJ's face. Especially one who is of the tender age of 7, just like TJ. My heart goes out to Benjy's parents and family.