I don't care what the world thinks...because I have a proposal I'll never forget! (Journal #39)

I don't care what the world thinks...especially on an outing like today. I had a lot of errands to do when Sam got off the bus today. So, I thought we would try going out to lunch together first to set the pace. We went to Culver's (he loves their hot dogs). He was awesome! After ordering he asked me, "I pit?" (pick the table we would sit at). I told him yes, and his eyes were all excited. He walked a little dance around the dining area (which was getting very full as we were there at noon). He put his little finger his cheek, as if to say "hmmmmmm" like his brother does, and then he found a table. I then asked him if he wanted his own ketchup, because he likes to dip his fries in the little cups they provide. He politely said, "no tants". So, I went about my business putting napkins and such on the table, then awhile later, out of the blue he said, "I tare withhhhh (we're working on "th" in speech therapy) mom" (he wanted to share my ketchup). I was more than happy to share.

Next stop, the Scout Shop, to get badges for our Cub Scout den I lead (yes, I am a den mom, never would have thunk it, but is a way of supporting Sam's big brother). Something happened on the freeway on our way there. I do not know what, but watching Sam's face in the mirror while I was driving, was telling me something, I just didn't know what. Every time I would look at him in the mirror, he would scream, "ahhhhhhhhh". His eyebrows were very tight. I asked him to use his words to tell me what was wrong, or what he needs. Another "ahhhhhh"! I was afraid to take him into the district scout office, as it is always a very rigid, "this is the way you do it type of place". I HAD to get the badges though, because our pack meeting was tonight. It is a big night for each den, as they get their adavancements and badges once a month in front of almost 80 scouts and parents. It is a big deal. .....................I gently unbuckled Sam when we got there, like not wanting to tip a basket of eggs. There was a little "grrrrrrr" under his breath. He just sat in his seat, not getting out. I told him to come with mom. Finally it looked like I might get some words! "Too bite. Turn it off" (he was talking about the sun). I showed him how to cover his eyes like we always do to walk in. His face straightened back to a firm look and in we went. He did not say one word the whole time there. It took awhile, as I had to fill out papers on the boys getting the badges, and then get them, and so on. The whole time he just laid flat on the floor by me at the counter. People kept staring at me, like to get him up. But...he wasn't in anybody's way, he was making no sounds, just staring at the ceiling. But...two more people behind the counter had to say, "wow, he must be having a day, wish I could just lay down whenever I wanted" (and then rolled their eyes). Yah, well you know what scout master behind the counter...he happens to love lying on the floor, he does it a lot, he likes the firmness and pressure of the floor, it makes him feel stable, oh yah, and did I tell you he has autism, and that you should just be thankful he isn't running all over this store touching everything, knocking it on the floor and screaming at your customers. (Okay...I didn't say that, but I wanted to.) Outa there! I DON'T CARE WHAT THE WORLD THINKS of our beautiful boy.

And yes, oh my goodness, I had to get one more stop in before we went to speech therapy. Brent is leaving out of town again, and needed his new pants he got a week ago that were getting altered, picked up from Macy's at our mall. Every time we walk into that store (which used to be Marshall Fields, which used to be Dayton's all just in the last 5 year), it is sensory overload for Sam. I was trying to prepare him and myself for it all the way there. But NO..................as soon as we walk in the doors, it hits..........what?..............I don't really know, other than I think it is a combination of the lighting and the mens fragerance counter to name a couple of things. Sam had an instant "drop to the floor, screaming" explosion. I had to get Brent's pants and go. Eyes were glaring at me all the way down each isle, like they were asking me what I was doing keeping him here. But...I had to get Brents pants before he leaves....and this mall is not a quick drive from our house, to try and return, before he goes. I DON'T CARE WHAT THE WORLD THINKS of our beautiful boy.

We get in the car, he starts to calm himself, as he wouldn't let me near him. We try to talk to grandma, and then it is off to speech. While he participated well during his session today, he was straight out the door when we were done, yelling in the reception area as I talked to our therapist, "doooooo, dooooooooo" (go, go).

As the afternoon progressed, and Sam had found other spots around the home to lay on the 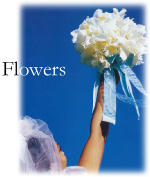 hard floor in a ball (a way he comforts himself), he started to come back out of his shell. I let him "chill" on the rug he chose by the garage door, and went up to the office to work on the computer. It was there in that chair, that I received the best proposal of my life. Sam had found some flowers in a vase. He brought them up to where I was working, and with the biggest smile, while he stood in front of me holding a few flowers, he said, "marry?". Ohhhhhhhh, THE BEST PROPOSAL IN THE WORLD!!!!! I DO, SAM!!!! I promise to be your loving mom the rest of your life!!!!!!
Posted by mysamiam at 2:38 PM

The other me said...

you have to grow th etoughest skin when you have these beautiful kids with such strong needs...I am perfecting the stare ahead, the 'don't even bother' look, I am sick of people expecting my Isaac to say thankyou, that tut when he can't, the pregnant pause while they wait for me to MAKE THE KIDS SAY IT!
TRying to act a if I could care less when my beyond beautiful normal looking boy turns his back when people speak to him.
I still feel honoured to have him, he is divine. I just know that somehow these children are almost just too good to be in this world, of it but not in it...a class apart, the world they live in is above ours.....who cares about the ignorant people who think that these children should be the same as them?

How could anyone (much less a MOM!) refuse that?

the other me...I completely agree. I have to laugh at your "stare ahead, don't even bother look", I think that is what I have been working on and didn't know it!!!! Thanks!!

Kristina, I will never refuse it!!! Still wish I could have gone to Jim's Autism Conference!! Would have loved to have heard Timothy Shriver.